I'm honored to be nominated for four awards. There were over 38,000 submissions. Hats off to Josie, Tina Marie & all who work so hard to put this all together.

Lightnin Rod released his latest single, "Homebound Blues" on January 29th, 2021. It was just released to radio this week and is being picked up by several stations around the world. The song is a blue collar view of the Covid 19 Pandemic. It was mixed at The Rock House in Franklin, Tennessee, by Grammy award winner, Kevin McKendree. Kevin has worked with Joe Bonamassa, Delbert McClinton, Little Richard, Tinsley Ellis, John Hiatt, Brian Setzer & many more. He was also the featured keyboardist on Homebound Blues. Rod says that this song started taking place in March of 2020 in many different shapes before being recorded in January of this year. It is available for download on this website.

Lightnin Rod & the Thunderbolts performed at the Dayton Blues Festival on July 18th, 2021 to a crowd of approx. 3000 people.

The latest review of "Long Road Back to Eden". This will appear in the December issue of Blues Bytes Magazine. (Graham Clarke)

The opener, “Kentucky Mojo,” is one of those spirited blues rockers that Wilson and band do so well. He is a first-rate guitarist and his feisty vocal is a great fit. “Reverend Jones” is a tribute to a late preacher man who said “No” to the devil and never relented in his fight against evil, while the energetic title track admonishes against the evils of sin individually and collectively. Meanwhile, the moody “Till The Sun Goes Down” mixes gospel and the blues and has an old-school, sweaty Mississippi Delta feel, while “Florida Shore” has a breezy vibe as Wilson opts for warmer climes.

The two covers appear back-to-back. First is Bob Dylan’s “Don’t Think Twice, It’s All Right,” and Wilson’s version takes the same mid-tempo approach, but the extra instrumentation is effective. Wilson also does a fine job on Louis Armstrong’s feel-good anthem “What A Wonderful World.” “The Morning Sun” is a poignant elegy for a recently-departed pup, and the closer, “I Should Have Seen That Comin’,” is a tough blues rocker signaling relief at the end of a relationship.

I enjoyed Lightnin’ Rod’s first two releases, but haven’t heard any new material in about 15 years. It’s nice to see that he’s still making great music. As always, he gets maximum sound and energy out of the power trio attack. He’s a powerful guitarist and vocalist and the rhythm section is spot on. With great songs and performances, Long Road Back To Eden, should please fans of blues rock. 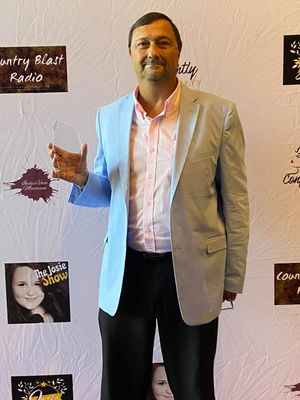 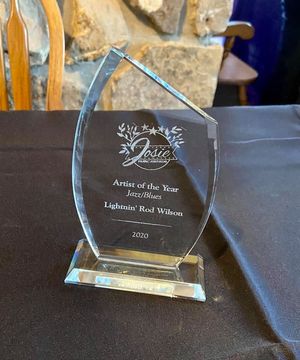 On September 5th at the Country Tonite theatre in Pigeon Forge, Tennessee the 6th Annual Josie Music Awards was held.  I won the 2020 Josie Music Award for Artist of the Year in the Blues/Jazz category. This is my third award in as many years, and we want to thank all of you for making it possible. It is indeed an honor to win this prestigious award.

Due to the Covid, like all other artists, it has been a very slow year for live performances. That is another reason this award means so much.

We are so looking forward to getting back on the road next year and praying for the Covid to be over. I recently signed with the Shocaroff Management Company so if you are interested in booking me for next year you can contact Samantha at 219-916-7939.

I have written several new songs and would like to start recording in the near future. For more information you can contact me at 517-403-7609 or at my email lightninrod@lightnin-rod.com

We are excited to announce we are now being managed by the Shocaroff Management family. Official press release below

We are thrilled to welcome to the Shocaroff Management family

More info can be found at http://www.shocaroffmanagement.com 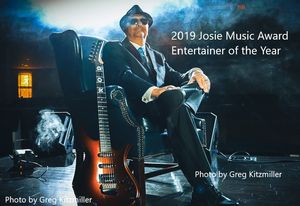 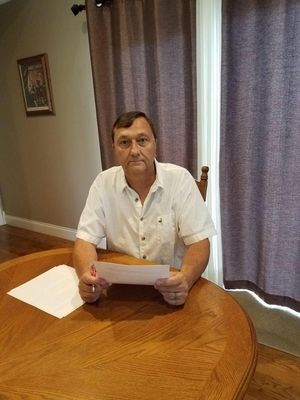 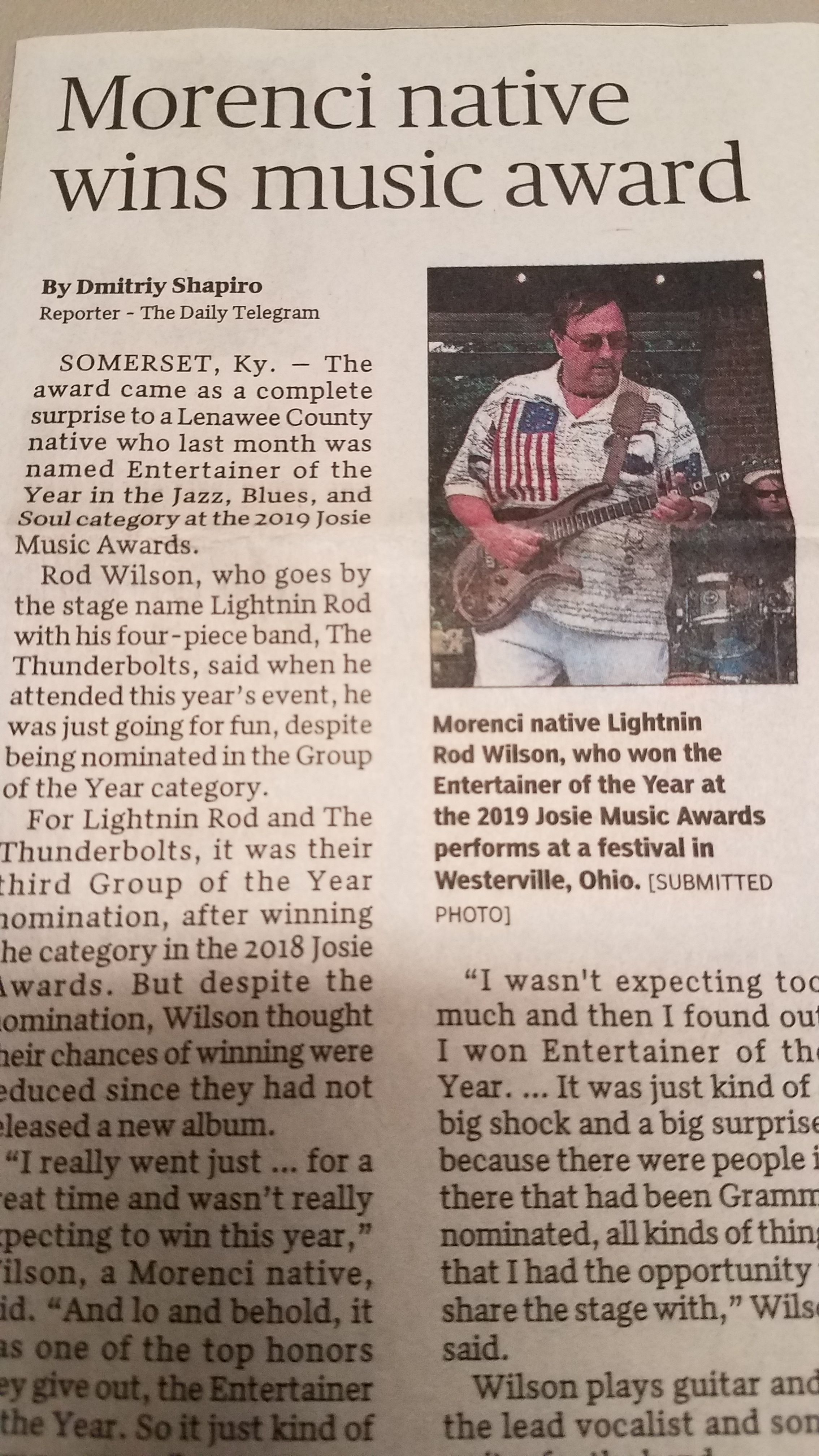 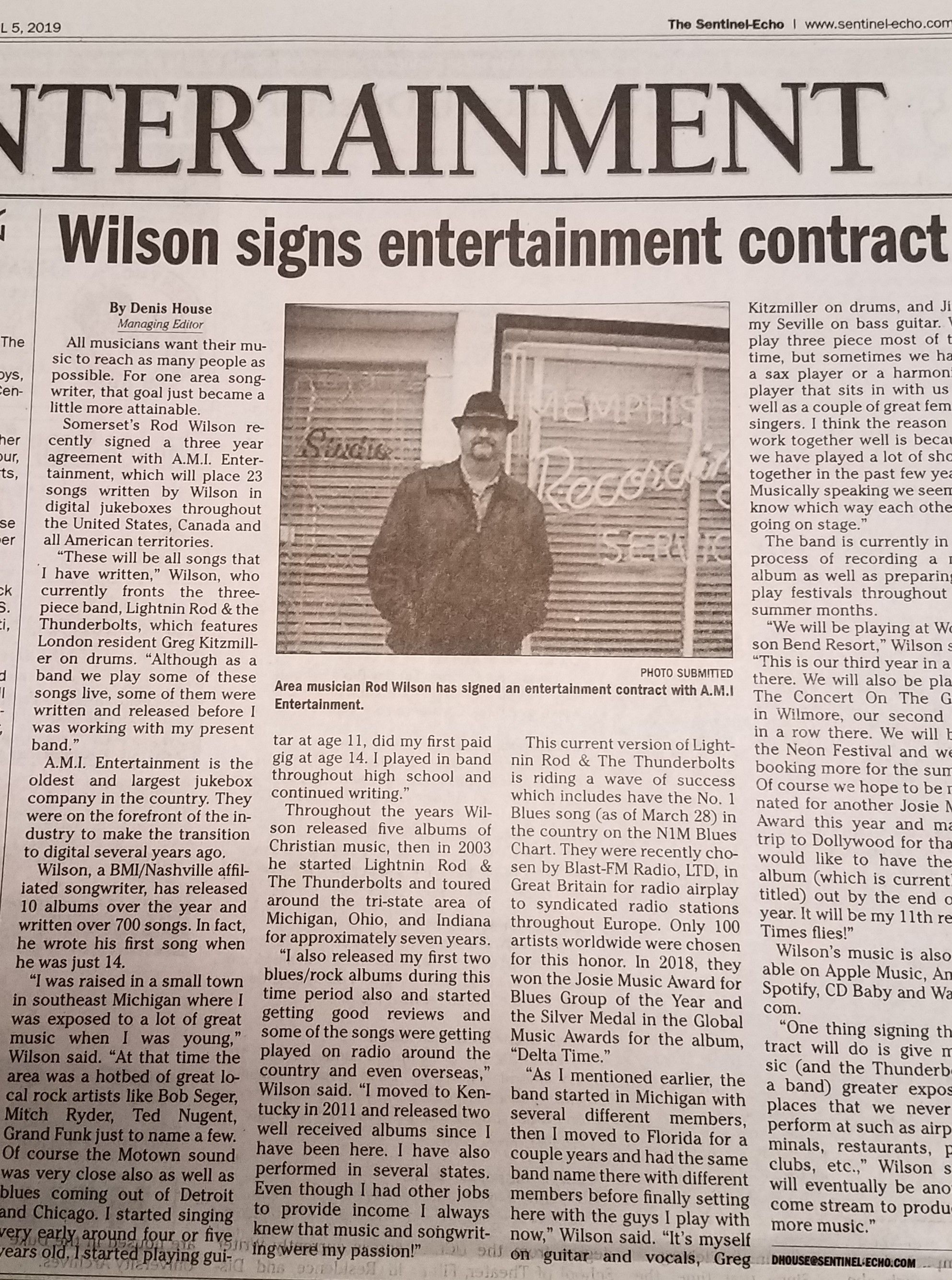 2019 Entertainer of the Year 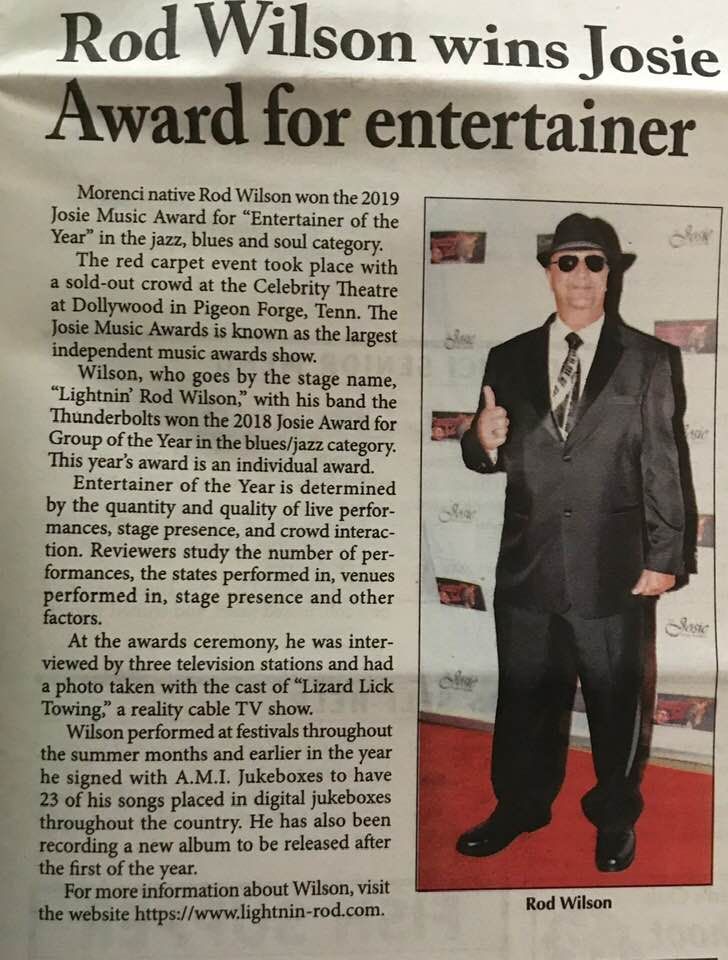 Lightnin Rod won the highly coveted 2019 Josie Music Award for "ENTERTAINER OF THE YEAR" at the 5th Annual Josie Music Awards. The red carpet event was held at the sold out Celebrity Theatre at Dollywood, in Pigeon Forge, TN. The Josie Music Awards is the largest independent music awards show in the world. The theatre was filled with people from all 50 states and 26 countries.

In today's video Lightnin Rod tells you why he chooses to use TUSQ picks and Dry n' Glide hand powder. These fine items are available at www.graphtech.com 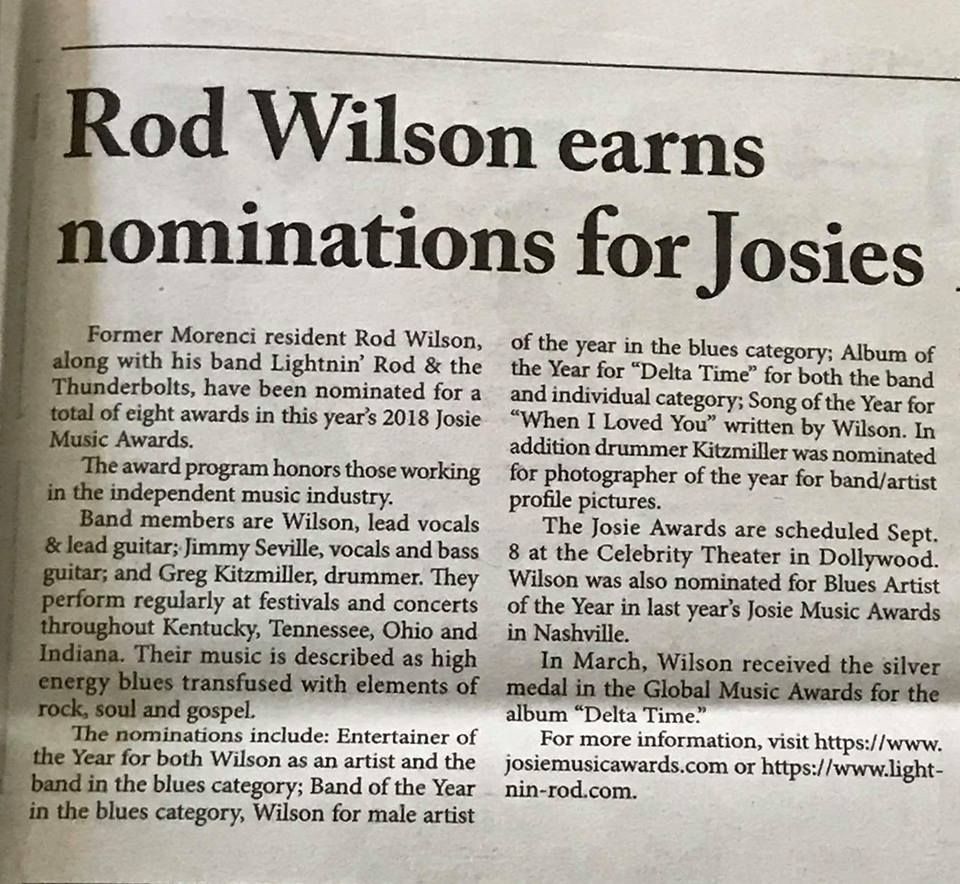 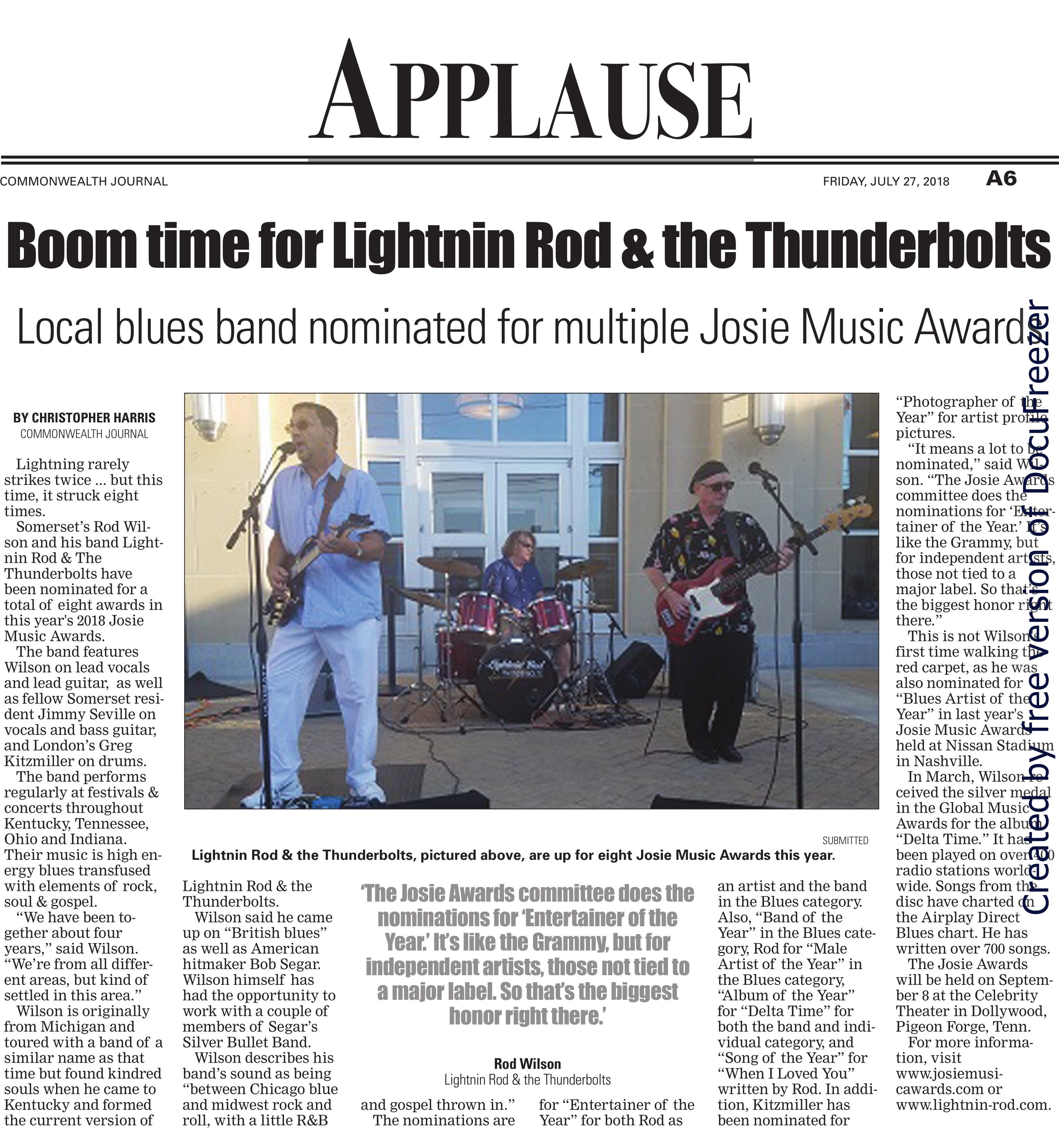